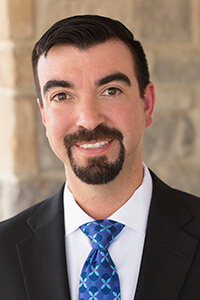 Hurst and Ft. Worth

Dr. M. Keith Head, O.D., officially joined the Texas Eye and Laser Center on June 18th, 2012. He is certified by the Texas Board of Optometry as a therapeutic optometrist and is a certified optometric glaucoma specialist.

Born in Beaumont, TX, he stayed in state to complete his Bachelor of Science from Texas A&M University in College Station. Dr. Head left the state in 2008 to attend The Southern College of Optometry in Memphis, TN.

He completed an Externship at Columbus Eye Associates in Whiteville, N.C. Dr. Head returned to Texas in January of 2012 as part of the Texas Eye and Laser Center team completing a second externship at our Hurst location while obtaining his doctoral degree with honors from The Southern College of Optometry.

Dr. Head routinely manages glaucoma, pre- and post-op care of LASIK and cataract patients, diabetic eye exams, and retinal issues. He is a member of the Texas and American Optometric Associations and Beta Sigma Kappa Optometric Honor Society. Outside of Texas Eye and Laser Center, Dr. Head can usually be found exploring the great outdoors or playing a round of golf.